As we move into last throws of Summer, I see this as the ideal time to keep everyone abreast of my latest activities. In the last few months I’ve kept my head down a lot of the time focusing on writing keys chapters in my forth coming book on Angels. Which is a good 85% complete now. The chapters I’ve being working on deal with the essential complexities of the Who exactly, what, why and how, of the A to Z of the Angels presence, work and business in this Universe. Tricky stuff to get the balance right between doing such crucial subjects justice, while still making the writing flow fluently, without diminishing the intricacy of the content.  To which I would like to thank Stephen Bales, for his help in editing the work, and his comments and support. Although that’s not all I’ve been up at of late. I once again I paid a visit to the lovely Spiritualist Church of Eltham in mid July to run a Angel Workshop, which has become a bit of a regular feature at Eltham, this was my six workshop there in as many years. We had a great time as usual working with the Angels in creative and innovative ways. It was a bright sunny day, and all the excuse we needed to use the beautiful garden to commune with the faeries, and for me to put on my wings! 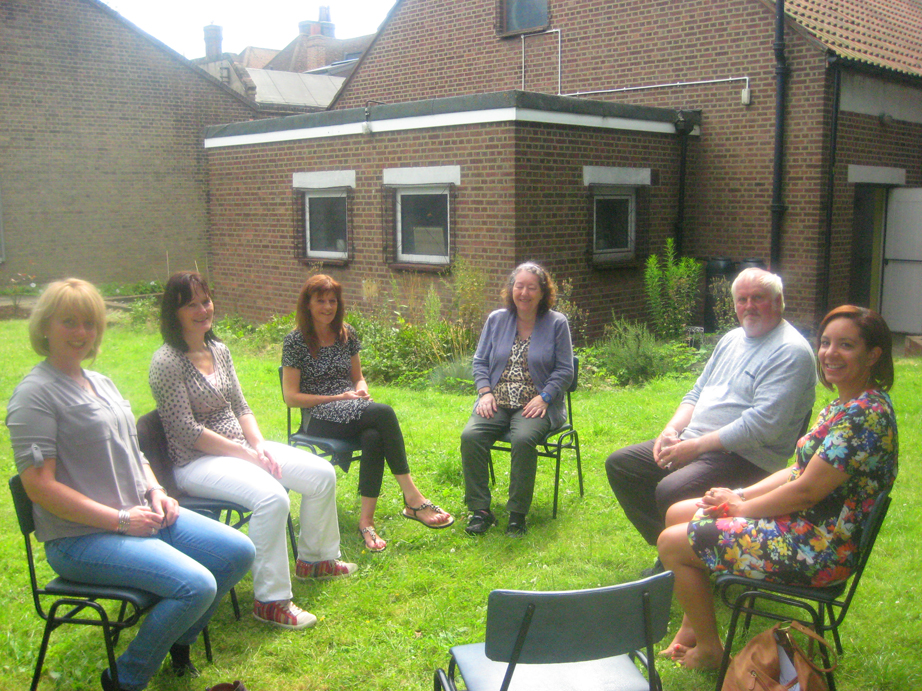 The whole gang in the garden, ready to meet the faeries! 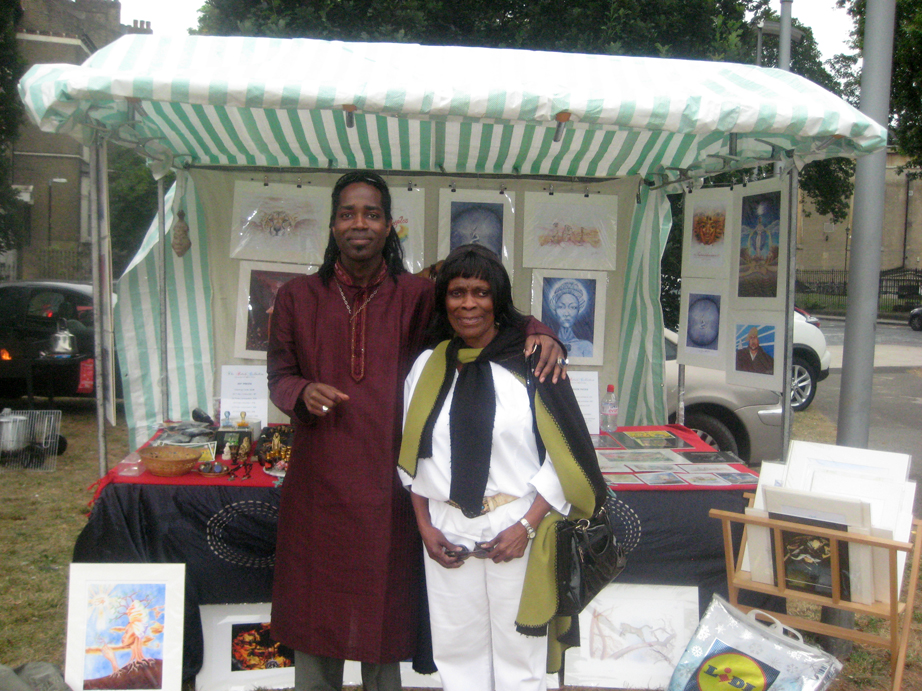 On the day of my workshop in Eltham, as I come across a flier  for a Reparations March taking place on the 1st of August. It was just laying on the floor, near the entrance to my tower block. It looked interesting so I picked it up. I didn’t read it that day because I was focused on the workshop. After the workshop I had a chance to take it in. There was going to be a March from Windrush Square in Brixton to Parliament on the 1st of August. This was going to be the third year the event had taken place and it attracted around two thousand people the year before. I managed to get a stall at Windrush Square selling my art, vintage masks and sculptures, jewellery, and works of fellow artists and friends and got a chance to be a part of the event, and it turned out to be an amazing experience. It rained and drizzled later on in the day, but that still didn’t dumping people spirit. 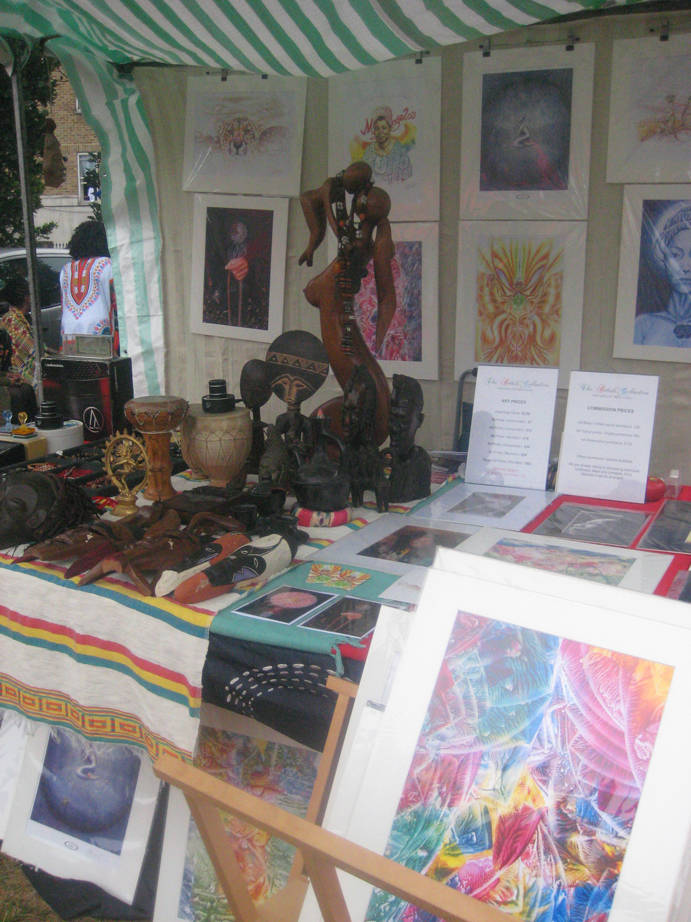 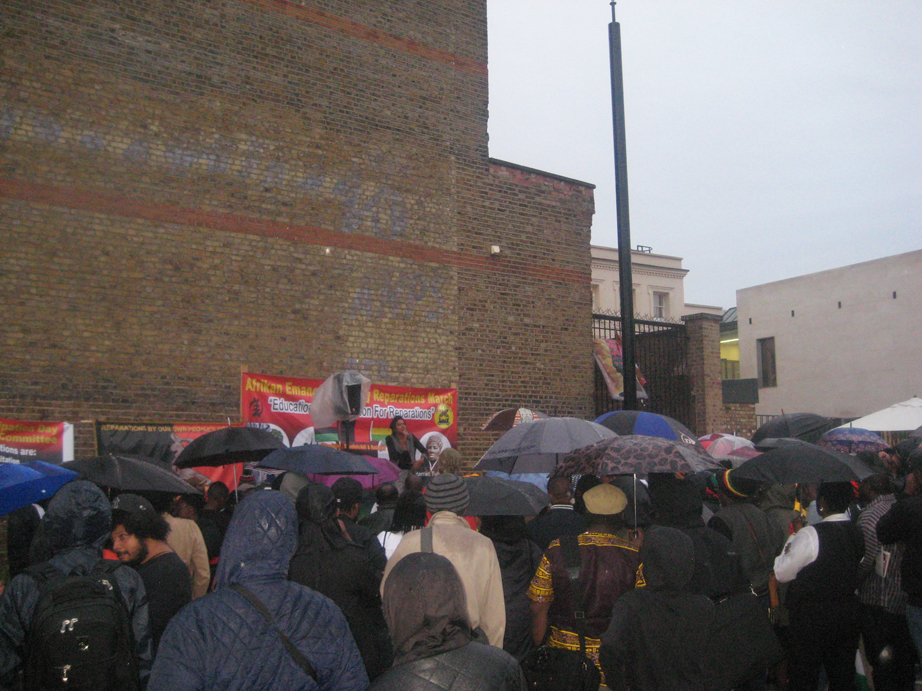 Rally in the Rain

Soon after that, I got hired to run two creative workshops with a Youth Forum. This was part of Tate Britain sponsored project, geared to getting young people interested in using archives. The Youth Forum I was working with, where based at the Black cultural Archives. They had been research British Activism and Activists. They wanted an artist to help the group transform their research into some form of artistic expression. We decided to make posters of prominent British Activists of the 60’s, 70’s and 80’s, using collage, painting and mixed media. We produced some ready interesting works, the young people involved were a great bunch to work with. The posters we produced are going to be part of an exhibition called “Untold Stories” at the Tate, starting in early October.

And lastly, at the start of September I’ll be off to Lithuania for a week. I’ll be visiting friends who live out there. They live near Palanga which is on the coast of the Baltic Sea, and it looks very picturesque out there. I’ve also got some Angel Workshops lined up in the city of Kaunas in the middle of stay. It’s going to be my first time in Lithuania, so it should be a really interesting experience. And in my spare time, if I can I’ll see if I can get an Angel or two to appear in my photographs . If you happen to be in Lithuania between the 7th and 11th of September, you’re more than welcome to attend one of my workshops. I’ll let you guys know how things went, when I get back.