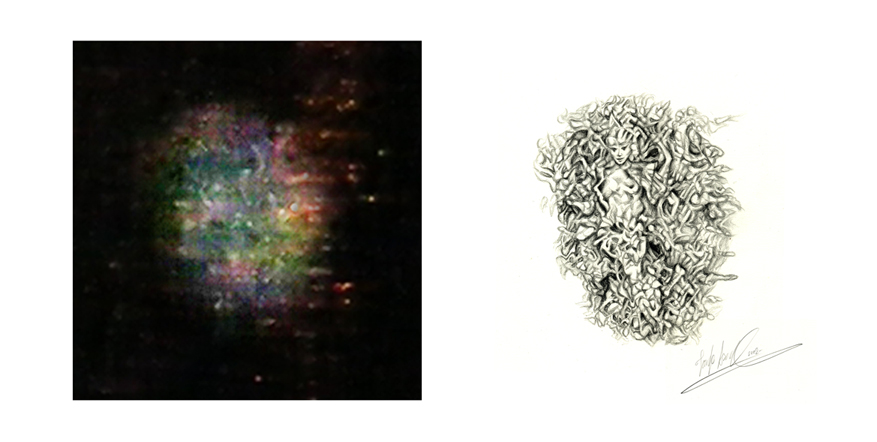 
A River Maiden Posing For The Camera ?


Here we have a highly developed River-Faerie displaying a beautiful female form. She stands around 3.5 feet tall, is wearing a crown like tiara, she appears to be topless, yet has some sort of dressing covering her shoulders. She appears to have auric wings emerging from around the ends of her shoulders. The energies from her hips downwards give the impression of a figure hugging skirt which flares out below the knees. This with the regular intersecting lines of force, gives her lower region the classic Mermaids “fish’s tail” appearance. With the criss crossing lines of energy producing patterns very much like fish scales. She almost seems to be posing as she walks across the river. Certainly she could teach catwalk models a thing or two. 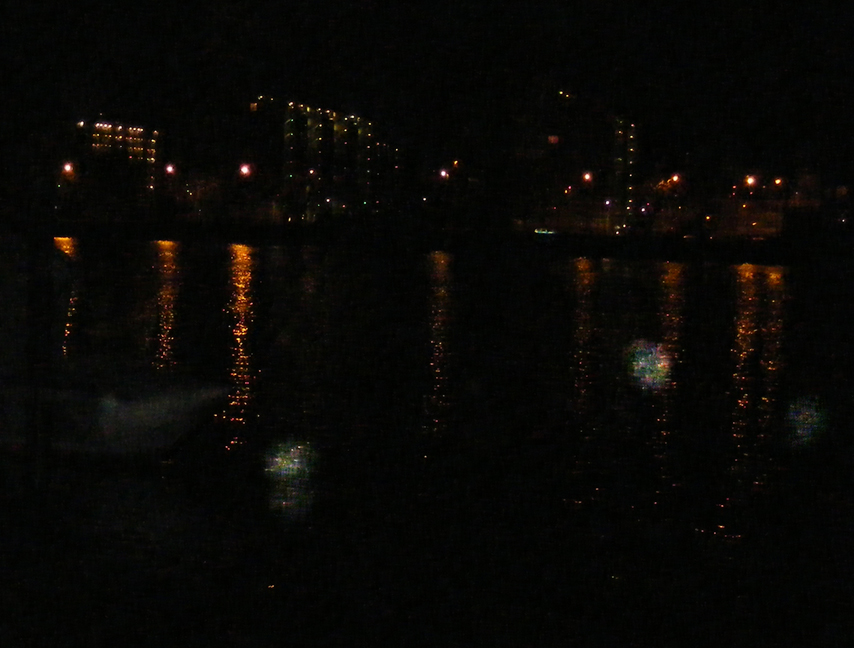 
Here's the River Maiden with her sisters on the Thames near Nine Elms. There are three river maidens that appeared in the photograph at different stages of manifestation. The orange vertical lines along the photo are the reflections of street lights on the other side of the Thames, notice that the various phenomena all appear in places that don’t correspond to the street lights. Magic! 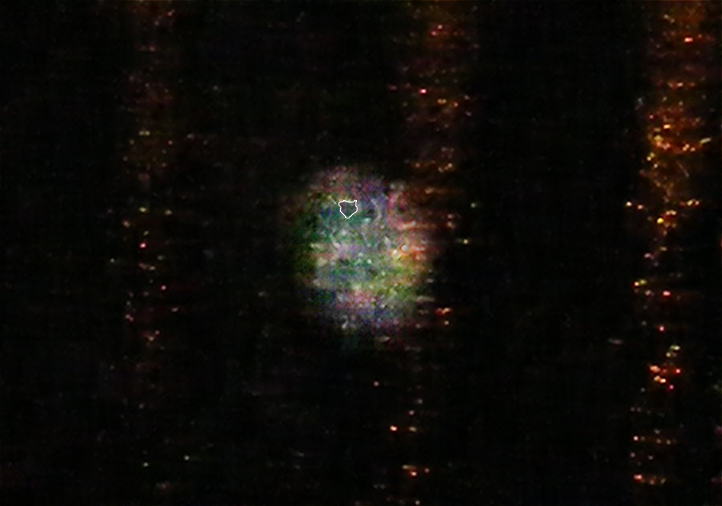 The River Maiden outline of face 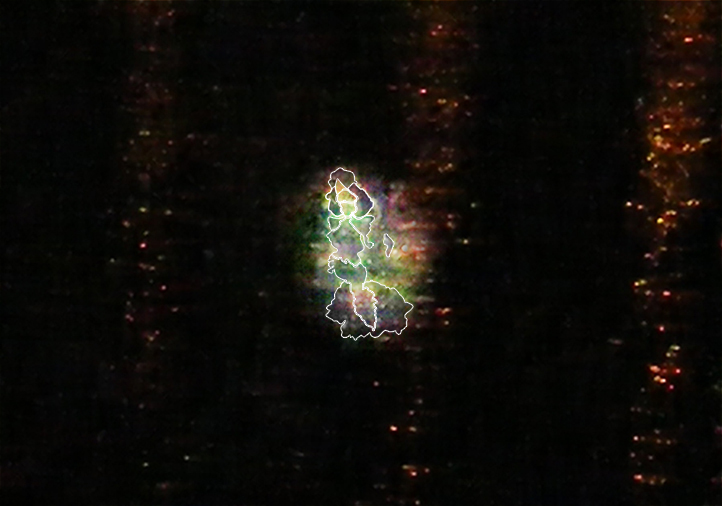 The River Maiden outline of body


Here is an outline of the maiden's body in the centre of the phenomena, showing her head and crown at the top, her bear chest in the middle, and her fish like energies flowing over her lower limbs. 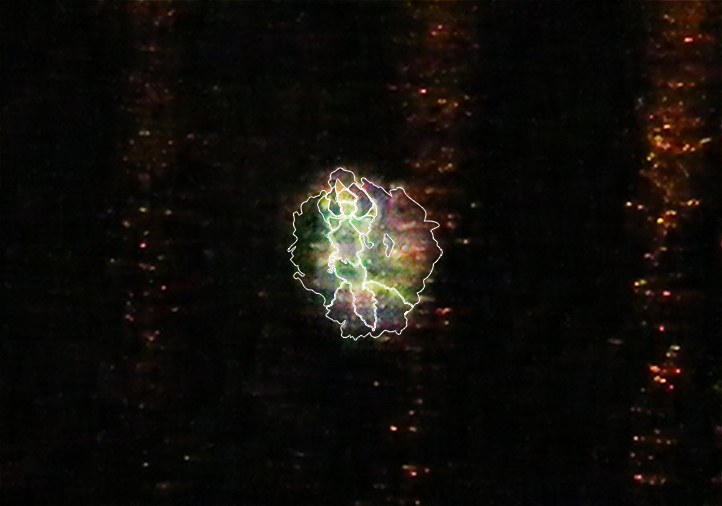 
Here's an outline of all the energies, the figurative emanation in the centre as well as the wing like aura surrounding her form. 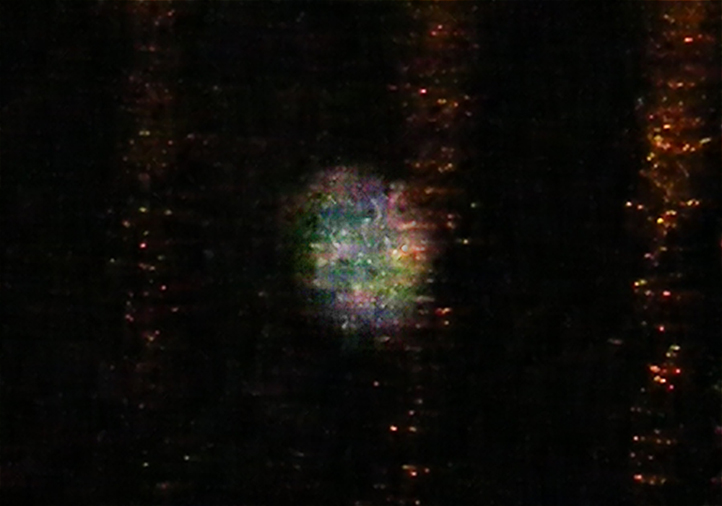 The River Maiden outline none


Can you see the River Maiden gliding across the Thames?