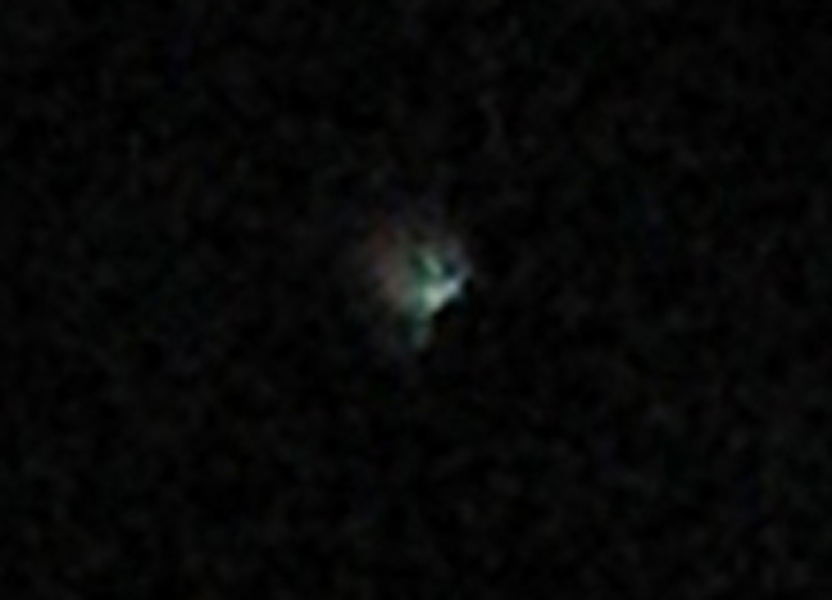 
This sylph was captured flying high in the sky between Clapham North and Stockwell. She's of the same type as the example from the photo "A winter's night scene". Whereas that particular Sylph was captured in profile, this one here is more or less captured in portrait almost head on, except facing slightly to the left. The main body is the bright white area at the centre of the form, below this extending to a point is the lower limb region of the torso, above the light area is a differentiated head surrounded by large fiery wings the arc up around the head. When I first saw this photo, the sylph give me the impression that if it were closer ( in distance ) and more detailed were captured by the camera, that it would probably resemble a large humanoid, fiery phoenix like creature, both bird like and human like in the legendary mode. Later on in Los Angeles I did capture a faerie ( Thunder ) fitting such a description ( see Fabienne La Faye and Friends in the figurative section ).